In a recent dream, a man who looked very, very old … hundreds of years old … said to me: “Hey, dollface.” I love the word, and I knew something was about to be born of this word, from noticing the connotative beauty of it.

This is a loaded word.

Dollface. The word conjures the noir or a mid-century vernacular toward secretaries and mistresses. It conjures, also, the literal thing – a doll face … it is a word with lots of texture like lace, brick, grass. 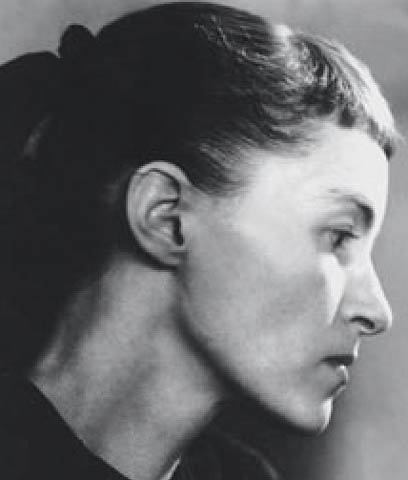 When Hans Bellmer first met Unica Zürn, he said, “Here is the doll.”

This proclamation would be the beginning of their relationship, and sums up the basis of this union. It was a tumultuous union that birthed great collaborations between them while also furthering a kind of psychosis. In this relationship, something was always at a full boil.

As is the unfortunate case for many women artists and writers, Unica Zürn has very little written about her, especially without coupling her with men like Bellmer, Man Ray, and Henry Michaux. Of course, the relationships in her life are significant to her life and her work, but she is an incredible artist and poet in her own right and it perplexes me as to why there is not a wealth of books and papers written about her work. What has been written are mainly introductions to books, exhibition catalogues, and articles here and there. 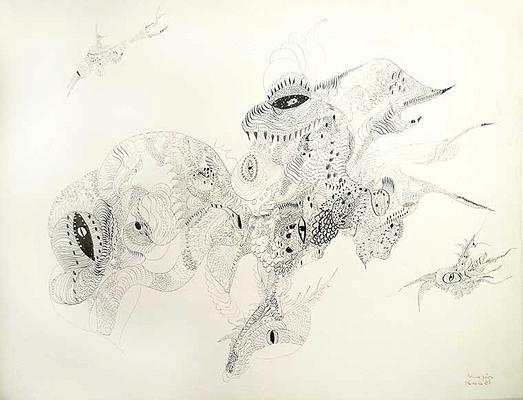 Zürn’s drawings, many of them created during her institutionalization at Sainte-Anne Hospital in Paris and drawn into notebooks given to her by Michaux, are magical meditations drawn directly from the mind. Her use of automatism and entopic graphomania, pure Surrealist techniques, give her drawings a fluidity while also giving them a window into her obsessions, dreams, nightmares, and even her difficult relationship with Bellmer (complicated further by her relationship with Michaux). 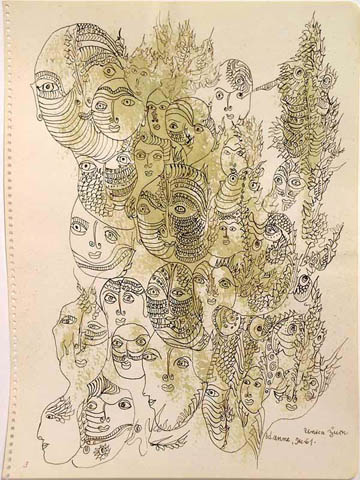 Her drawings are often collage-like, the space occupied with faces in an exotic landscape or backdrop. They have a mythical quality to me while having an implication of pain and even an obsession with it. The Surrealists’ preoccupation with sadomasochism is evident to me in her drawings. The compulsion with faces speaks to her feeling as if she were many different people leading different lives with different loves.

I just finished reading Dark Spring (1967), an autobiographical novel with a hypnotic lilt between compulsions and depressive grief. There is a fluidity in the writing, too, just like her drawings; the reader is led in this novel as the viewer is led by the nose through her drawings. She is ever and always hypnotic.

After reading this novel and viewing a lot of her visual artwork, I started a project called, Dollface, titled after that loaded word that conjures so much just as Zürn conjures so much. Although I am fully aware I could never be a stand-in for Zürn, I am finding it an intriguing project to write poems in what feels like her voice. It is a project of poem-songs that act as the internal dialogue between she and Bellmer, with cameos from Man Ray, Michaux, the Black Dahlia, her father, and others.

Perhaps the best-known collaborations between Bellmer and Zürn are the works where he tied her up tight so that her body greatly resembled a scored piece of meat, also resembling his dolls’ appendages. She was also the star of several pornographic photographs, many that made their way into Geoges Batatille’s illustrated version of Story of the Eye. 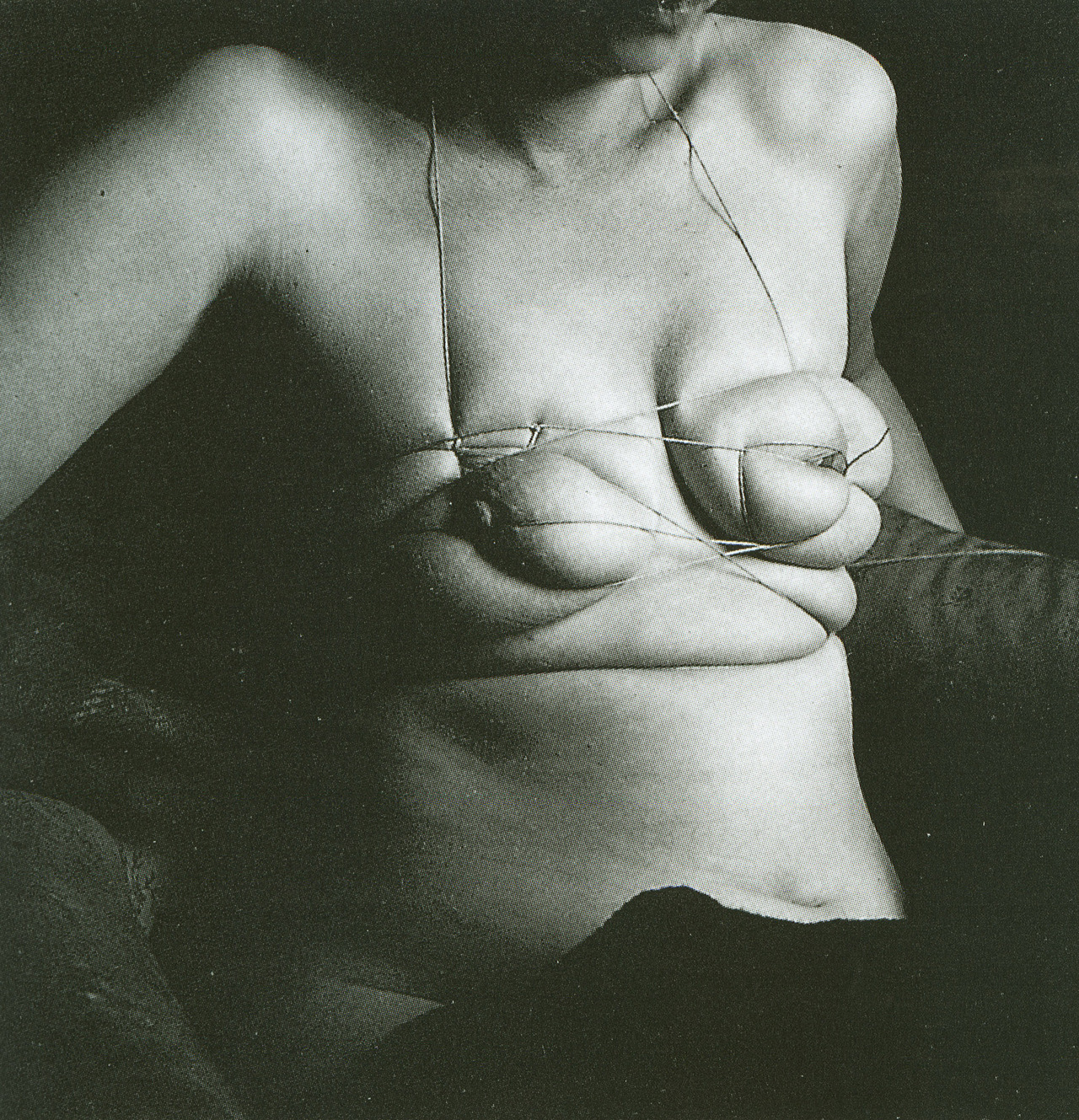 Unica Zürn, photographed by Hans Bellmer, 1958. From, “Unica Tied Up”

The presence of sadomasichism is wholeheartedly shown in these photos of a tied-tightly Zürn just as they are in Bellmer’s La Poupee. This is also present in the drawings and writings of Zürn and she of course plays the role of the masochist in these tied-up works aptly titled, Unica Tied Up. She was tied so tightly in fact that it cut into her flesh, further scoring her.

In Mary Ann Caws’ exhibition essay from the Dark Spring show at The Drawing Center in New York, she addresses this masochism: “Zürn, who was a partner to that enjoyment, will write about the masochistic delight of such feelings on her body in Dark Spring” (44).*

In true Surrealist fashion, she is treated as an object and not as a woman, a headless body readied for manipulation. Her pleasure from this, though, speaks to her being very free, even feminist in the face of a movement and a time where that was rare and criticized. The fact she writes about these things makes her even more of a trailblazer, a forerunner of the movement actually doing what many of the male Surrealists could only inflict.

These Unica Tied Up photographs and most of the work by male Surrealists also speak to the Black Dahlia murder and this connection is discussed with very engaging language and research in Mark Nelson and Sarah Hudson Bayliss’ book, Exquisite Corpse: Surrealism and the Black Dahlia Murder.

The bisecting of the Black Dahlia and the presence of such imagery in the work of so many Surrealist artists is not such a stretch as Nelson and Bayliss’ book shows. The “Hollywood Gothic” that surrounds the murder and a lot of the chilling strangeness of the area no doubt excited and fascinated many artists all over Europe. Although no one was ever officially charged in the murder, there are many theories involving artists of the movement and obsessed collectors.

My intent in bringing it up here is simply to draw an interesting parallel, to show the macabre of the Surrealist movement and the darkness that existed within Unica. Through the poem-songs in the works in my chapbook, both she and Bellmer “speak” to one another about the beauty, pain, pleasure, sex, and stamina at work in these tied up sessions, a fact that no doubt led to her numerous institutionalizations during such a time. The Black Dahlia, too, comes into these poem-songs during a moment when Unica suddenly sees the parallel between herself and the murdered Hollywood hopeful, Elizabeth Short.

The poem-songs begin as the firsts with a lover begins — joyous, fascinating, addictive — and slowly winds into a spiral of complicated emotion, intents, wants, needs, and personal darkness.

There is a world in their past, and I trying to somehow walk through it while also discovering and perhaps rediscovering the complexities of love and relationships still permeating us all.